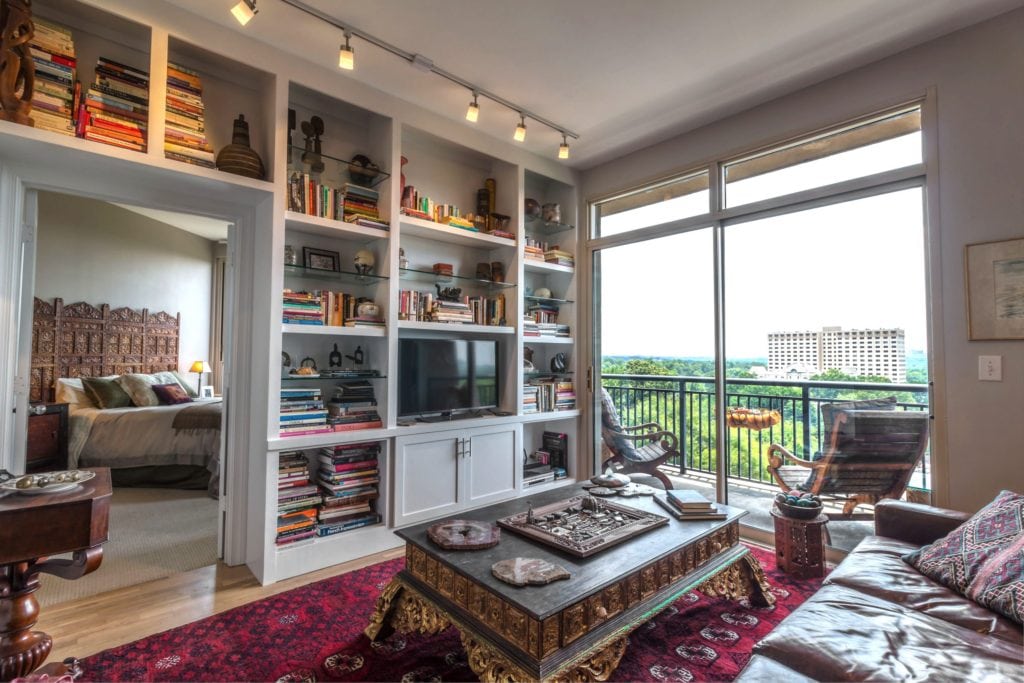 Marriage has its challenges at the best of times. Marrying two different ways of being in the world is always a challenge and my clients were at loggerheads. Not even aware that at the heart of their issues was that they were so intent on being seen and acknowledged for who they were that they were not really acknowledging each other.

Anne is a beauty-loving house-proud extrovert, who loves to entertain. Brian is a classic introvert, and time spent immersed in his books was a precious retreat for him in his busy life. They were world travelers. She traveled to learn about the art, architecture, food and culture of the world, he to understand history, philosophy and economics. While Anne loved to show her off all the beautiful things she found in her travels, Brian hardly noticed the aesthetics of his environment. They initially came to me for relationship counseling. Little did they realize that part of the process would be redesigning their home to accommodate and acknowledge both of them.

As we worked through the thorny issues involving hearing and acknowledging each other, it became clear to me that the space they called home needed to reflect and honor both of them. Anne needed to see his immersion into his inner world of books, not as a way of ignoring or escaping her, but as a replenishing time for him. Brian needed to learn to understand why a beautiful nest was important to her. He needed to see that the objects she bought on their travels reflected the way in which she had grown to understand herself better through meeting the greater world. He had to learn to appreciate her for creating a special home for both of them, as well as a fascinating cultural ‘adventure’ for friends and family who visited.

Slowly we worked towards bridging their ego-divide. Anne and Brian began to remember why they were attracted to each other in the first place. They started to acknowledge how their different ways of being in the world enhanced their relationship, and they learnt to honor each other’s needs and perspectives. When it came to redesigning their house they learned that they could quite easily blend both of their needs. Rather than losing their identities, they found a common ground that enriched and enhanced their marriage. It was fairly simple to find a lovely wall in their home that became both a fascinating book-filled library as well as a showcase for her beloved objects. He had his retreat where he could spend time, without compromising her need for beauty. They were thrilled to find a new valued real meaning of togetherness where they were honoring both themselves and each other.